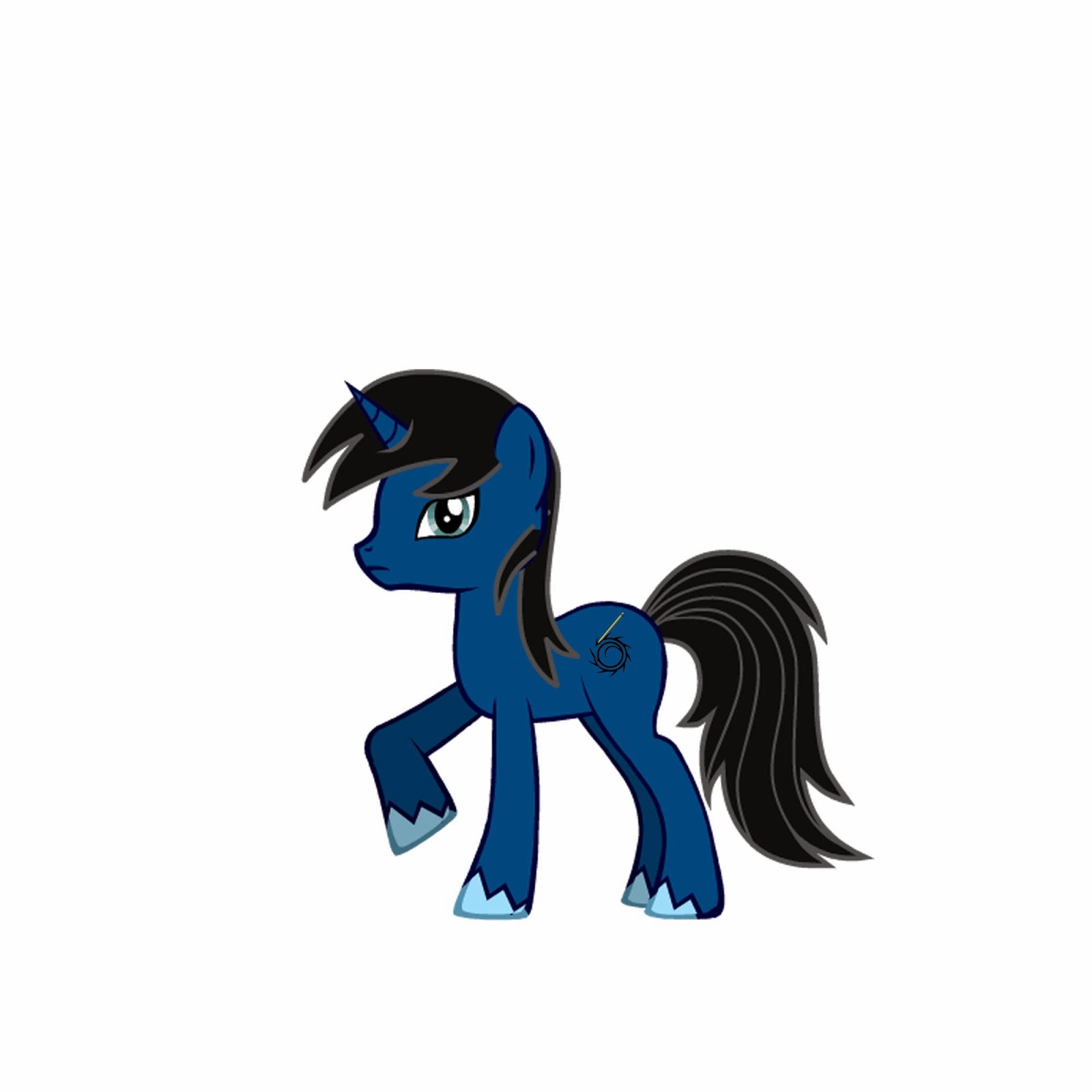 Greetings, Pony Fans! To celebrate the upcoming spooky holiday, we're adding a new set of buttons to our on-line store. This set of designs will feature some frequently requested villains, Nightmare Moon and King Sombra! You can find the 5 and 10 buttons sets on our Etsy Store! 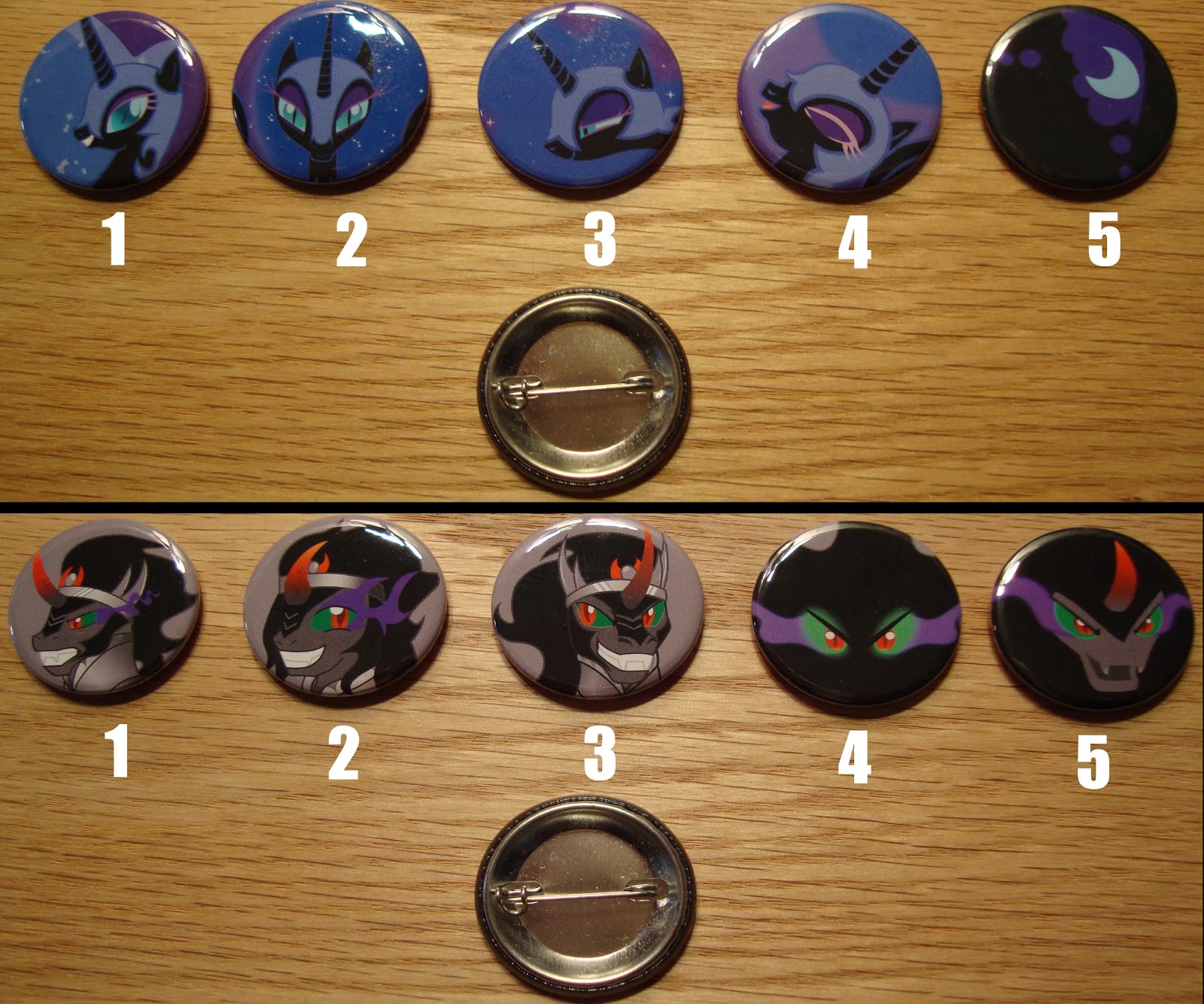 ﻿
On a somewhat related note, we've been experimenting with some pony-related concept art here at the studio. Thematically set in the world of the Monster Hunter series, here are a couple rough designs two characters currently unnamed. 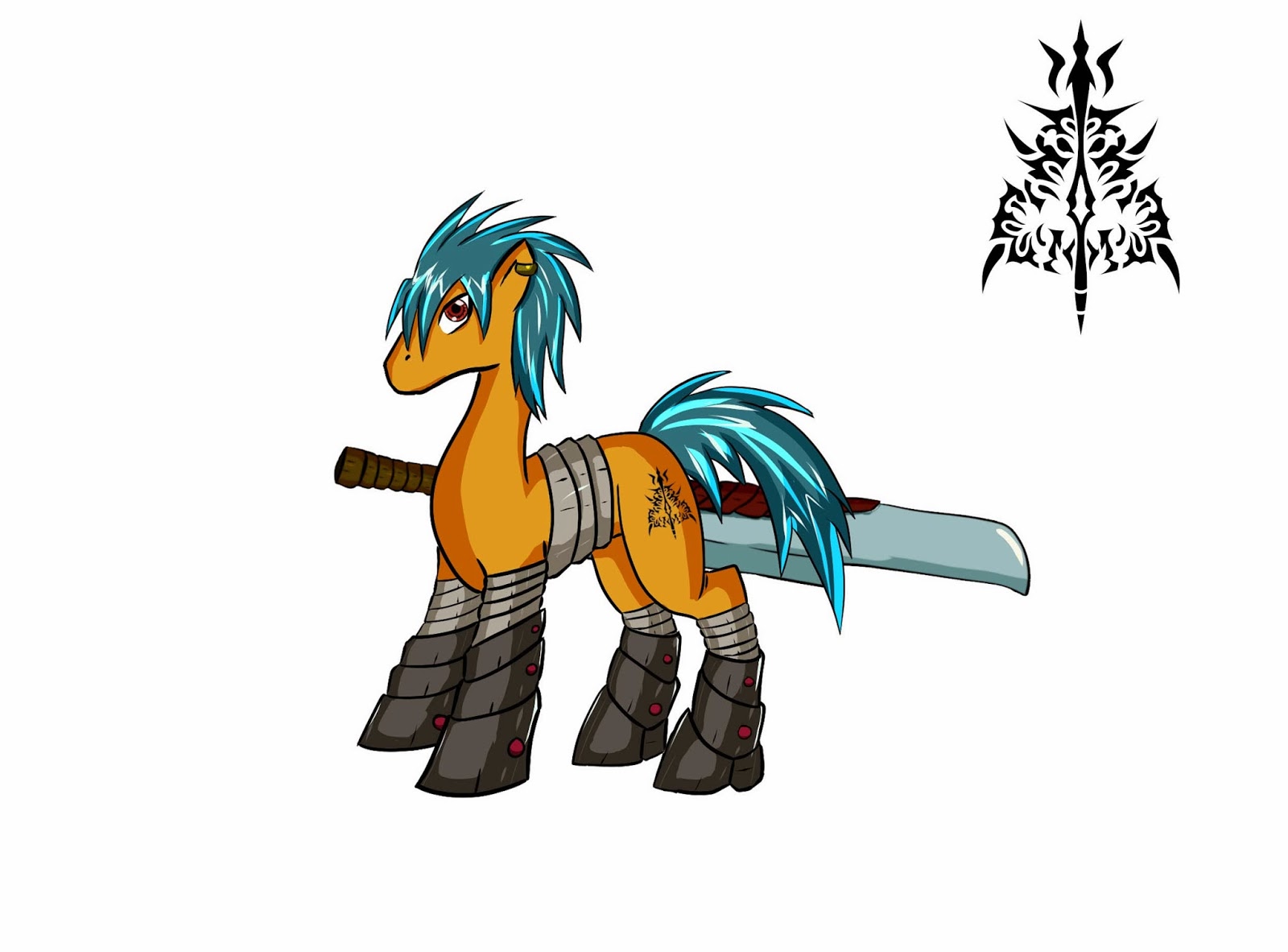 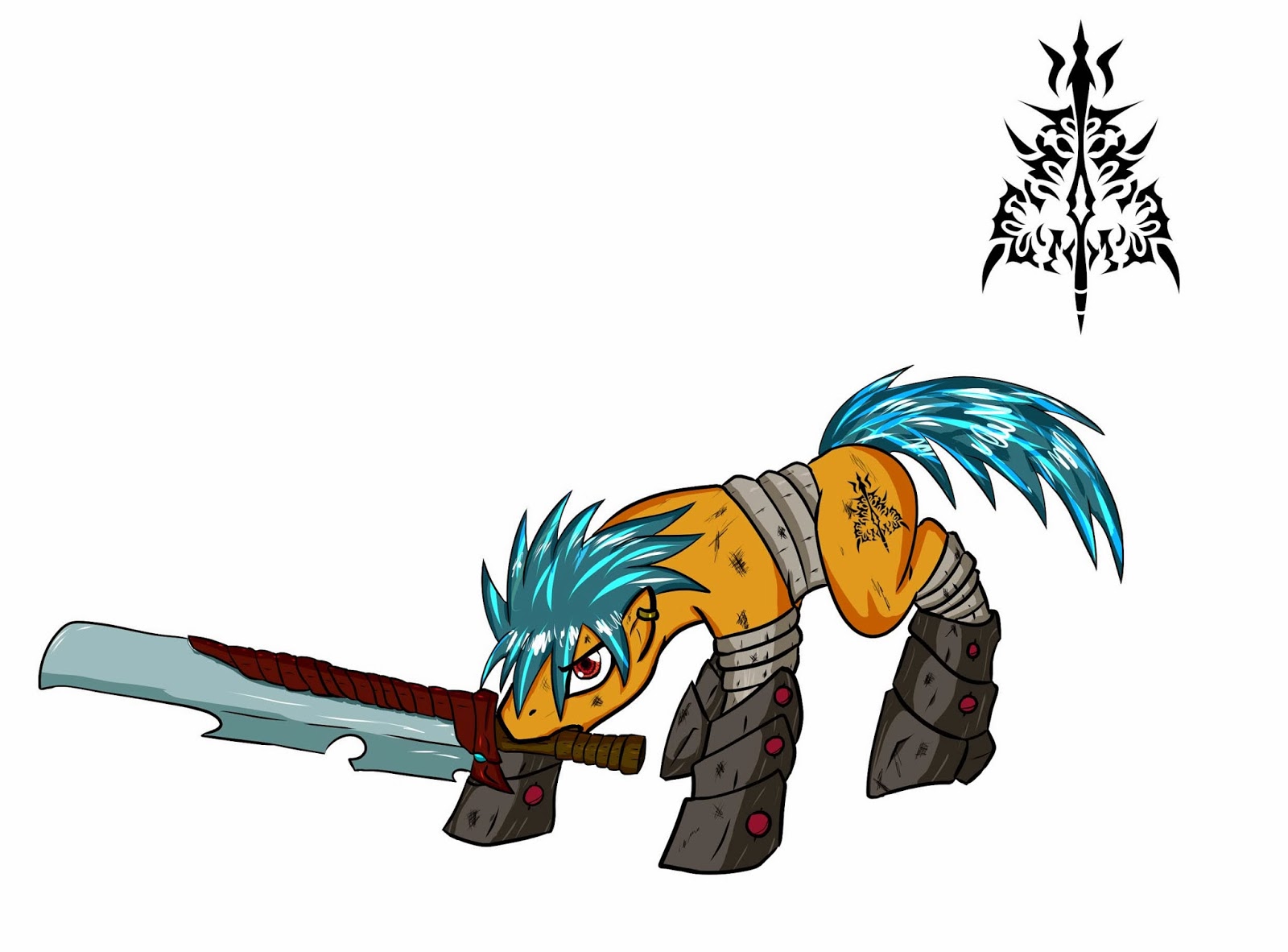 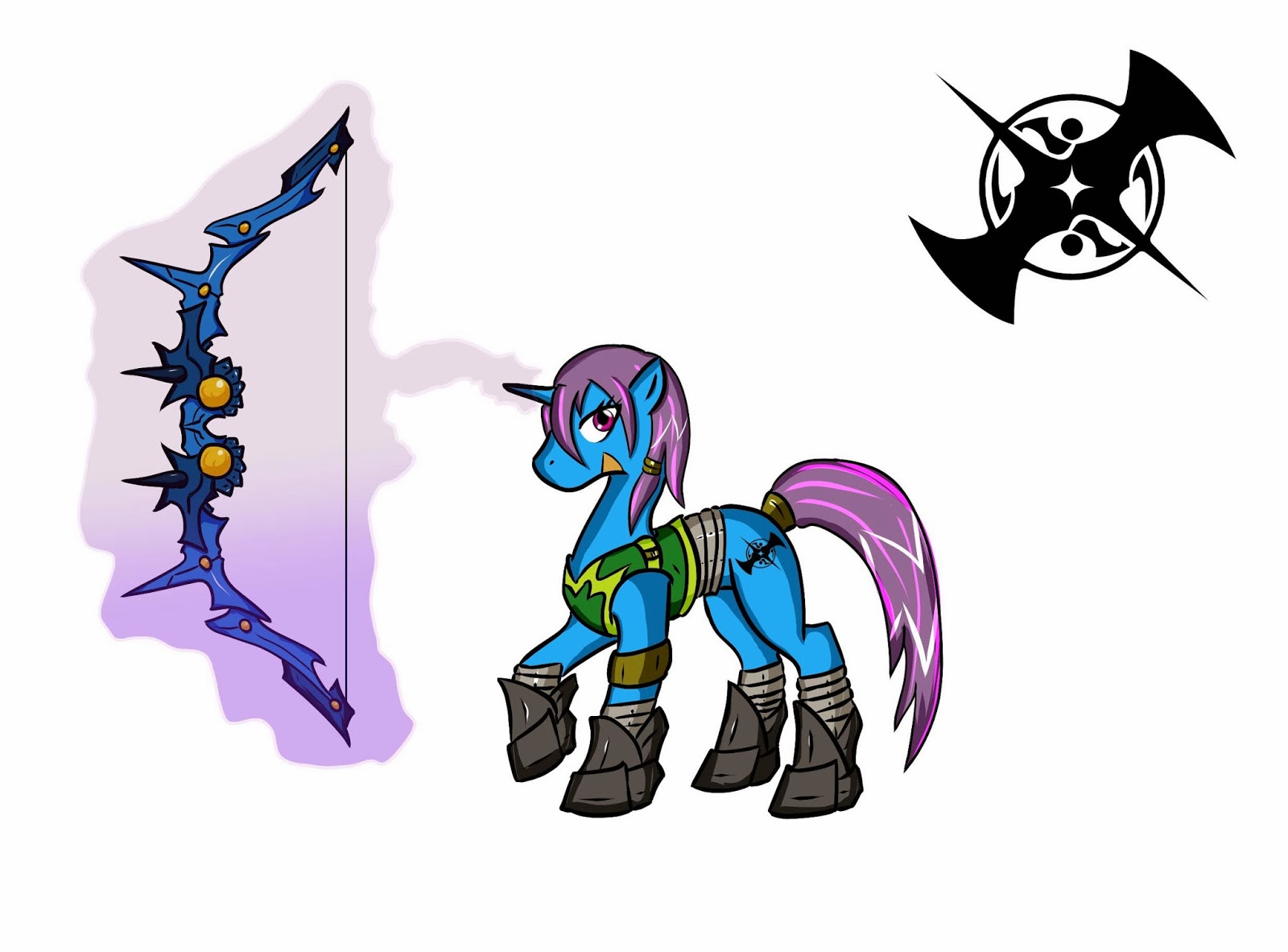 We're not sure what we plan on doing with these characters yet but as things develop, we'll be sure to keep things up to date here! 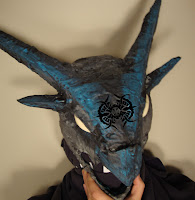 Hello. The papier mache hydra project is underway. I'm trying to complete it in time for Halloween so we'll see if that schedule will hold. Shown below are some updated work in progress shots of the piece during the construction phase. 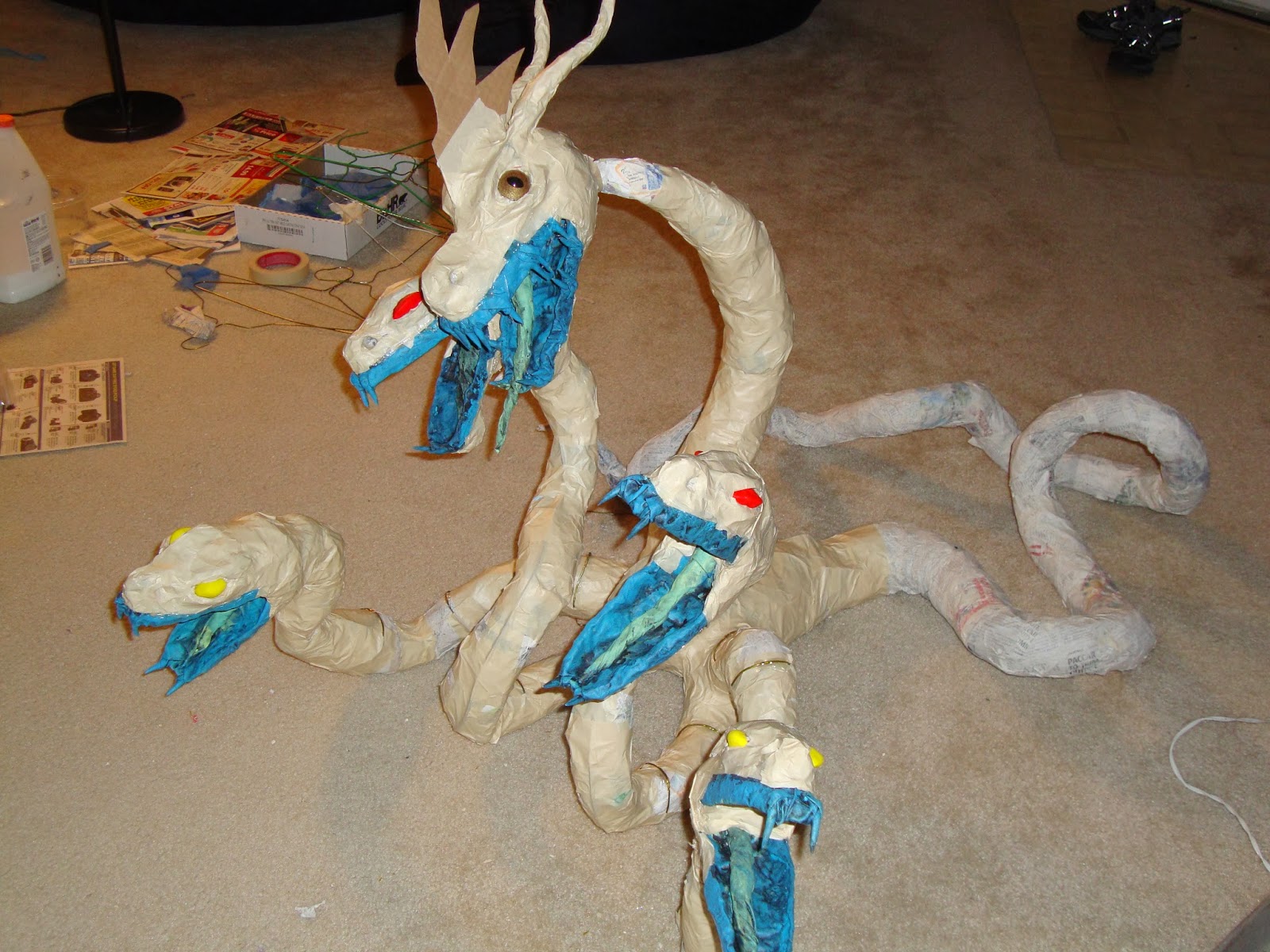 Here is the first WIP shot of the hydra. This picture shows the five heads and necks joined to the body. On the four smaller necks, you can see a skeletal structure of wire segments running the along the length. I went back after this picture and removed the heads, adding an additional layer of padding around each to fill them out. I've clothed the underside of the main body and each of the smaller necks to reinforce them. The necks will be clothed up to the end before I attach the heads to make sure each will hold its position after the heads are added. 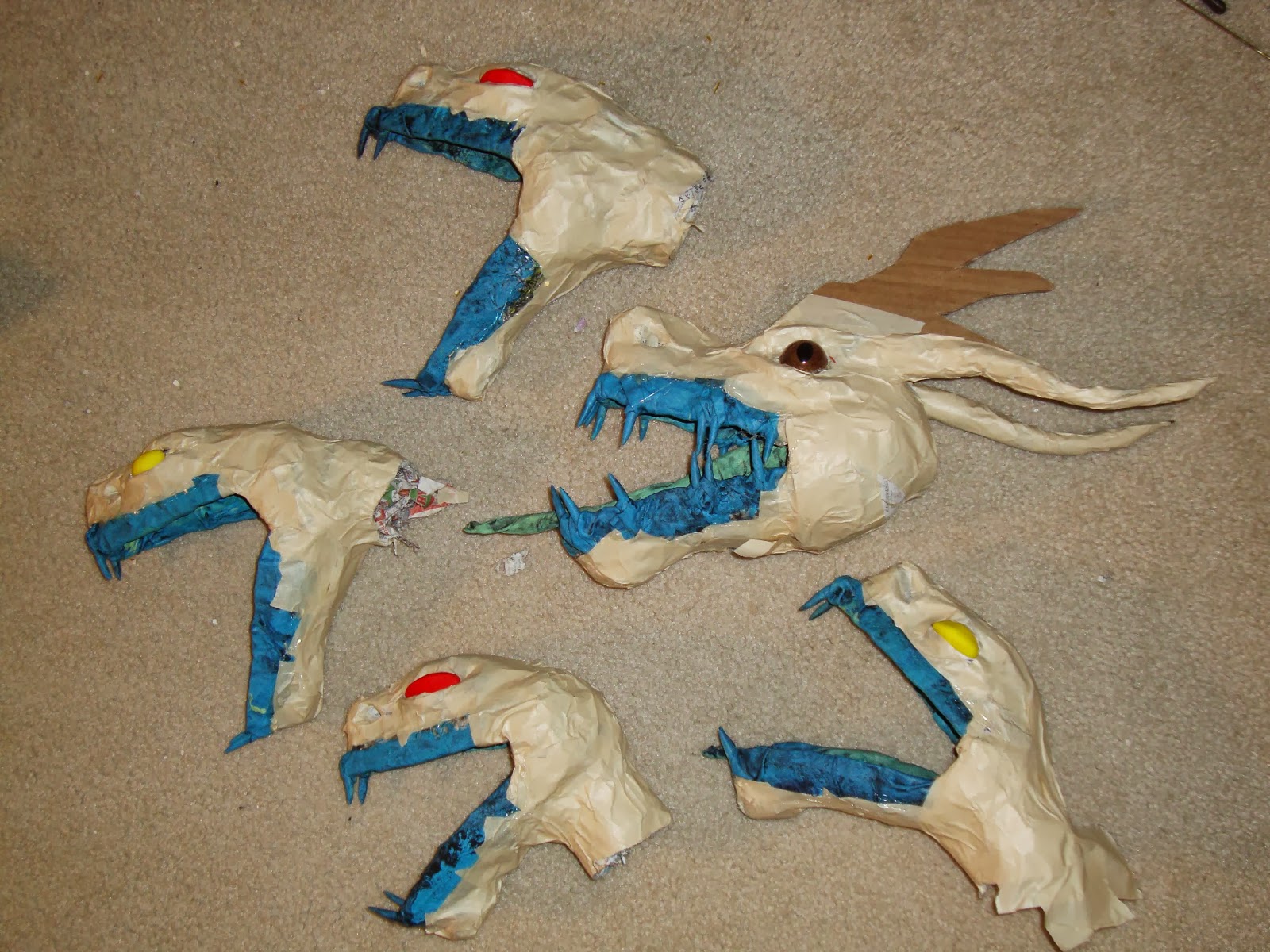 This shot is a better view of the five  heads. Note the serpentine shape of the four smaller ones. The jaws have been clothed and painted per the normal methods and the larger main head has horns and a central crest. In order to make it easier to get details at the cloth stage, I plan to cloth each of these heads before attaching them to the neck. 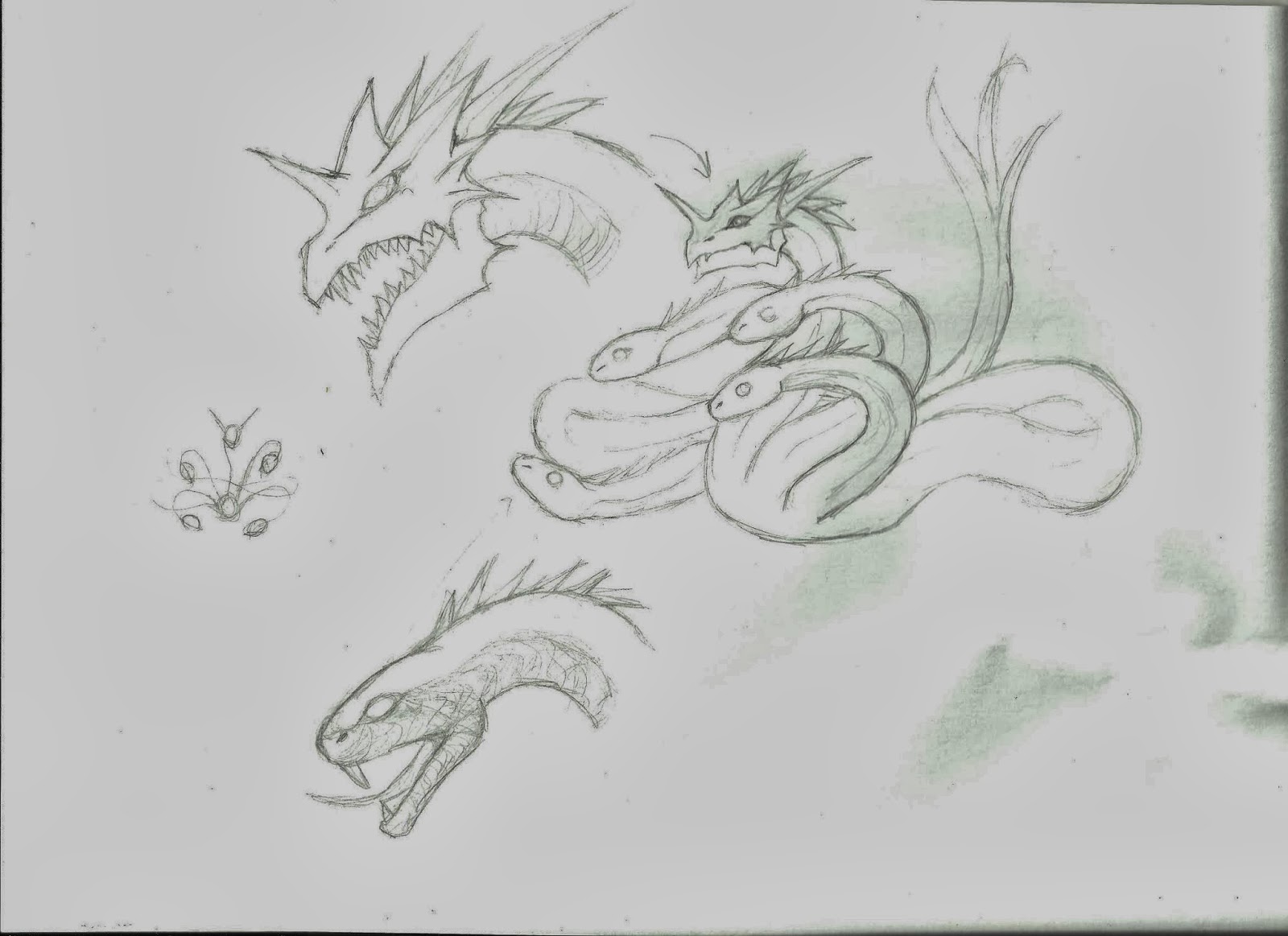 As mentioned in the previous post, the above is a scan of some rough pencil early concepts of the hydra. The original design was intended to have four heads with a snake-like shape and a central more detailed dragon-styled head. I do like the additional fins and the ridges on the main head and will probably add some additional features prior to covering them with the cloth skin.

On an unrelated note, the studio has been in discussions with a potential new artist for our projects. A concept artist with a focus in cartoon/manga styled drawings, we're working on some actual graphic representations of my papier mache pieces, specifically the dragons. The following two shots are teasers portraits for two of them.


The studio will probably have the potential new artist make an introductory post with some more teaser content as it develops and follow up with some complete drawings. Stay tuned.