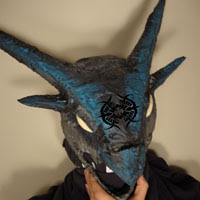 Summer has officially gone and we're still here. I apologize for the slow posts here on the main site. Though there haven't been many updates things are busy. I'll summarize a few of those things here.

For current projects, I've been working on an LP of the fan game Shadow of Naju, the unofficial sequel to the NES classic, The Guardian Legend. It's a fun trip through video game nostalgia and I recommend giving it a look here:

I've also been working on a series of Drawing Challenge videos in the Sunday/Wednesday video slot. This multiple part series has me trying to make 2D designs out of random shapes in Rhino! If you're curious, check out the the first episode here:

Finally, the Halloween project for this year is underway. I haven't spoken much about it but I will be creating a new papier mache mask and costume for Halloween. You can expect some lore posts as we get into October setting up the piece.

That should do it for the current studio updates. I'm going to try and make the posts more frequently here and there should be some Redbubble store news coming soon.

Stay safe and thanks for visiting!

As we move into Spring amidst the global health crisis, I want to debut an article series I've been planning for a while. Called the Inspiration Chronicles, I intend for this series of written articles to be one part nostalgia, one part design, and one part personal lore. The plan is to explore brands, themes, or any past things that have shaped my personal artistic tastes and style. As these are a bit more in-depth than the usual posts, I don't know how often I'll be posting them. That said, let's get in to the first entry.

Enter the subject of the first entry in this documentary series: Boglins. I don't know how widespread these toys were but my research shows me that at least in the States and Europe Boglins had a presence.

Originally debuting on 1987, Boglins were these grotesque monster-like hand puppets made of a rubber latex-like material. Capitalizing on the "gross out factor" of many toys in the 80s, these were promoted as a way to antagonize people (like sisters in the commercial) or at the very least creep them out. There were several runs or "series" of Boglins that were sold in major toy outlets over the several years the toys were primarily in circulation. The products ranged from smaller hand puppets that had some minor eye controls and mouths to bigger more complex models with moveable glow-in-the-dark eyes. Some of these even had a plastic infrastructure inside the puppet that would allow you to manipulate the expressions of the creatures.


As a minor aside, the blue fish Boglin, Snish was one of the most rare and hard to find of these three. Ever since I saw the promo art on the boxes, I was obsessed with finding it as a kid with no success. It wasn't until much, much later after the advent of eBay that I was able to get my hands on a brand new one in-box. Since I obviously don't care about collector's value, I opened it and put it on my display shelve. It's one of the few times I've been able to fulfill a childhood dream.

The Boglins eventually waned in popularity and their production was halted. They would eventually fade from the public consciousness with some more avid fans becoming collectors and traders on-line later. If you look around places like eBay, you can see different Boglins of varying conditions go for some rather large amounts of money. I feel fortunate that I was able to secure that fish one all those years ago.

It wasn't until recently that I discovered a fascinating new development in the chapter of these unique toys. One of the original creators, Tim Clarke started up his own production of brand new Boglins out of his home. Using some of his proprietary techniques, he started developing and selling Boglins via his website. These are not mass produced and as mentioned by Tim he makes them to order. As a result, they do run relatively high in price. Avid collectors or fans should probably approach this more from the art angle than just a toy.

After discovering Tim's site, I did order a couple of his new model Boglins to one, support his work and two, take a look at the design and quality of the products. Here are the ones I ordered:


These new era Boglins are very similar in design and material to the original runs from the 80s. The material is still a rubbery vinyl but feels a bit less elastic than the old models. The material is tacky but doesn't leave significant residue when handling them. It will stain surfaces if left in prolonged contact. The puppets themselves have mouth controls but no internal infrastructor for expression manipulation. I imagine it would be more difficult to construct a rigging system on a per-order basis. That being said, the overall puppets are well constructed and feel sturdy. Because of their higher value, I'd be hesitant to give them to small children though.

Looking at the background behind these toys, I'm sure it's no surprise that they were one of my favorites back in the 80s. While the mainstay franchises like Transformer or Ninja Turtles were present, the unique style of the Boglins left a significant impression on my art style. I can definitely see some traces of inspiration on things like my mache projects. I'm very interested in seeing what Tim's new line of Boglins will become and keep regular tabs on his main site. I have no problems tossing him some cash to support his efforts based on what I've seen of the products. I might do some more in-depth photo shoots of my collection and put it into an Imgur album if that's something people would be interested in seeing.

That should wrap up this look into some nostalgia. I'll be doing more articles like this in the future. 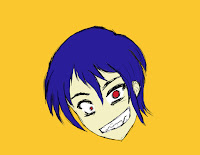 What's this? A post from TK? It's more likely than you think! I hope everyone is staying safe with all the virus craziness that's going on right now.

This is a short post to announce some updates I've been doing on our store. After taking what looks like way too long, I've resumed uploading the Clans' chibi designs. A bunch of wave 1 designs are now live on the store. I'm working on formatting and uploading the rest. I might order some and do a sort of product test to see how the quality is on the vinyl stickers. In the meantime, if you want to check out wave 2 of the chibis, hit up my DA!

-TK
Email ThisBlogThis!Share to TwitterShare to FacebookShare to Pinterest

Spring is well underway and the world is now a little bit crazy. I hope everyone is staying safe and indoors while the pandemic is ongoing. While I haven't had to do much to my regular routine, some folks I've talked to have been getting tired of the quarantine.

Fortunately, many of the studio's projects are still underway so I won't be running out of things to do any time soon. Ongoing design series on DA are still going strong and won't be slowing down at all. Last week on my Twitch channel, I started experimenting with a new art medium. As a way to build on the design process, I've started doing digital concept sketches. The results have been interesting so far and I'm looking at a way to adapt that style into some posts for DA. I'll link them here when they eventually go up.

On the Youtube front, the Bloodstained Let's Play recently concluded. That game was a fun ride and I definitely recommend it. Next up, I will be playing through one of my favorites from the SNES era, Demon's Crest. You can check out the first episode here:


That's all for now. I'm looking at planning some new mache projects so those details will be coming in the future along with some Redbubble store updates.

Stay safe and wash your hands!

2020 is underway and the schedule is looking to be busy as usual. As I've done before, a Design Retrospective series of videos has been uploaded to Youtube. This 2-part series focuses on the Pixel Sprite and 2d designs posted in the year of 2019. I took a sample of works posted on DA from both sets and talked a bit about them.

For the Pixel Sprites:

For the 2D designs:


That's it for this post. Here's to a busy 2020!
~Zan
﻿
Email ThisBlogThis!Share to TwitterShare to FacebookShare to Pinterest
Newer Posts Older Posts Home
Subscribe to: Posts (Atom)