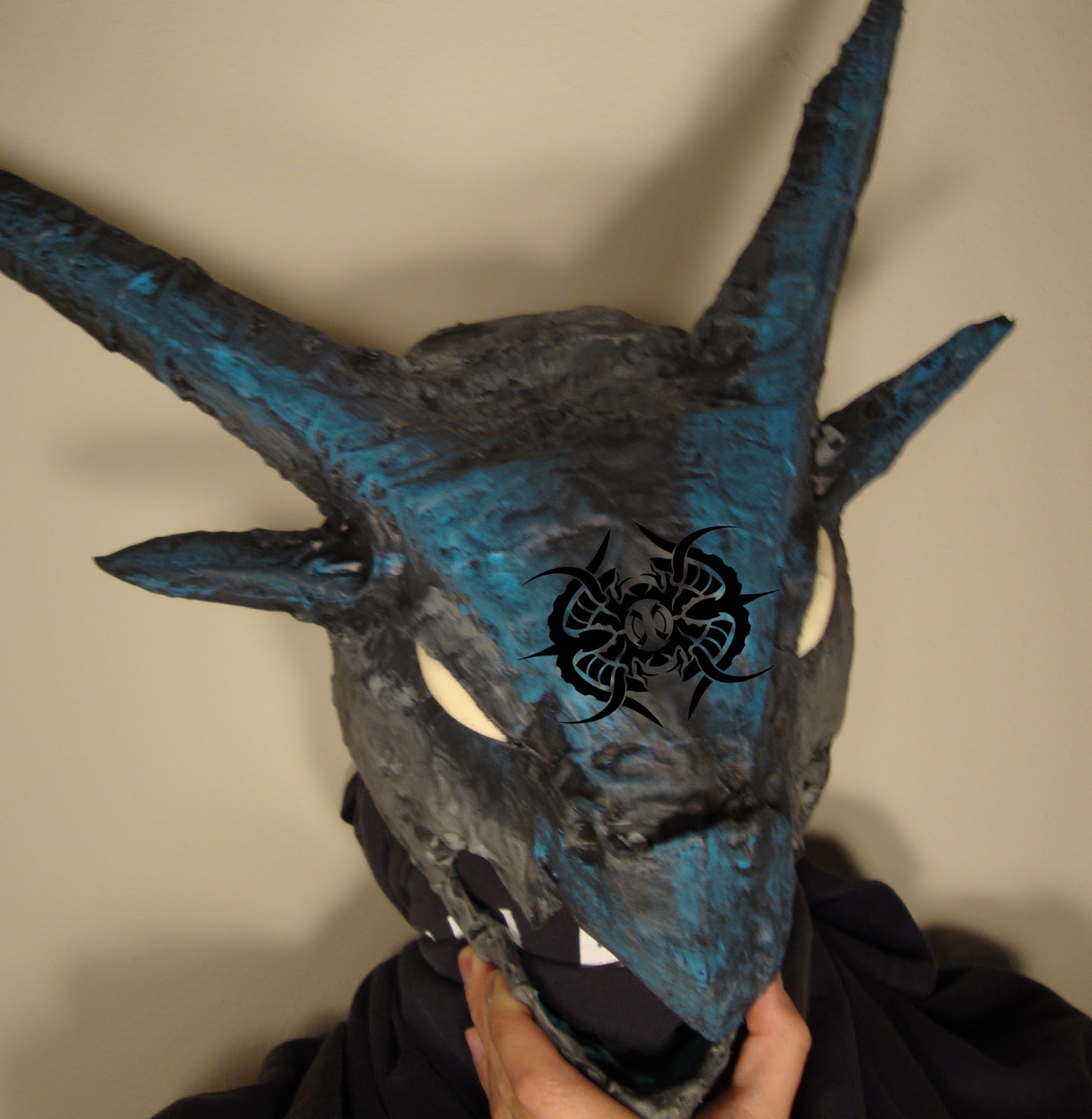 This is Zan posting for the first time. Now that the Vengeful Ten series is done, I have been working on a project that was sidelined while we finished the masks. This project was born from a few early concepts for a dragon trophy head. Unlike most of the other pieces, this one had a theme and rough design before actual construction of the piece started. The final design will be a Thunder Dragon with an appropriate color scheme. I've added some previews of the piece at the mache construction phase. It hasn't been fully covered in the cloth skin yet because there are still some design elements to finish.

As shown in this shot, the piece is large, possibly the largest dragon head I've attempted so far. The jaws were already painted as per the usual process but I tries something different during the construction phase. Note the jagged outer fangs lining the outside of the jaws. This meant to show a serrated edge and will hopefully contrast with the rows of fangs on the inside. I expect this to look a bit more clear after the skin has been applied to the head/mouth.

Here we see a shot from the top. This dragon has several sets of curved horns, the largest pair starting at the sides of the head. I'm intending to add a bit more to those before the cloth layer is applied. You can also see orientation of the eyes from this shot. They haven't been glued on yet since I'm not done with the head. I think it's too narrow and needs to be built out a bit so the face doesn't look cramped.

The final shot shows the horns a bit more. Note that they slope out and backwards from the head. I may have to apply the cloth in phases to ensure the shape is preserved. The dark blue areas are an initial cloth layer I applied to reinforce the jaws and the largest set of horns. The final cloth layer will cover this one for added strength. I want this piece to be strong enough when hung.

That's it for now. I will be following up with another set of pictures after the design is finalized and the cloth layer is added. It will be the last set of pictures before painting. Stay tuned!
Email ThisBlogThis!Share to TwitterShare to FacebookShare to Pinterest
Newer Post Older Post Home